by Josh
in general 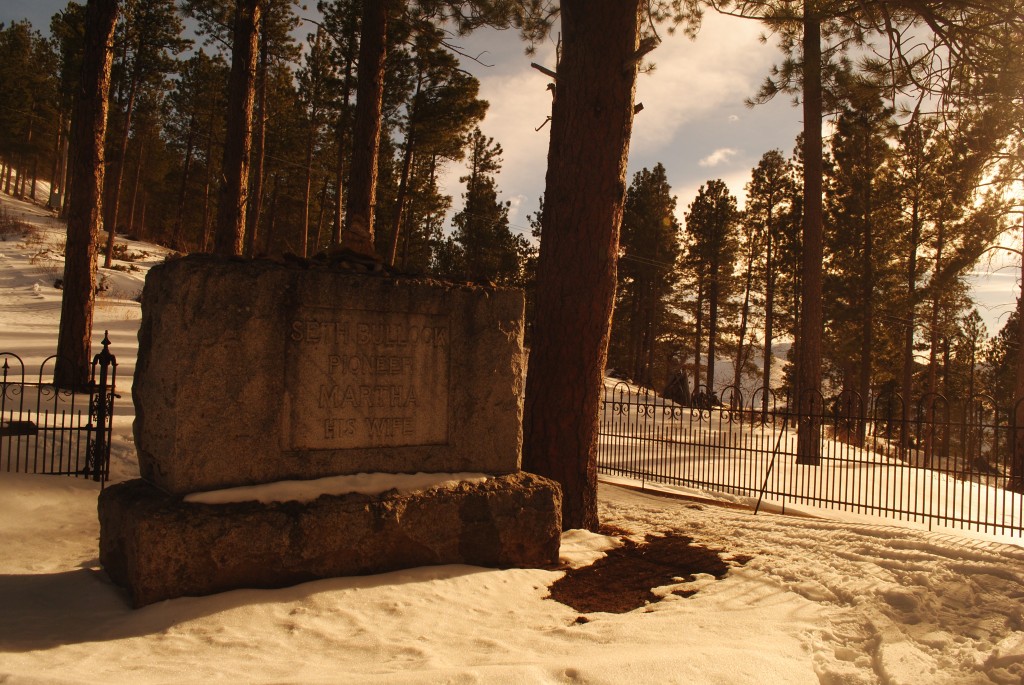 Just the other day I posted about Mount Roosevelt.  So, I thought it only natural to follow up with a post about Seth Bullock.  Bullock, Deadwood’s first sheriff, was a friend of Theodore Roosevelt.  It was Bullock’s idea to build the friendship tower on Mount Roosevelt and he requested to be buried above Mount Moriah, with a view of Mt Roosevelt. 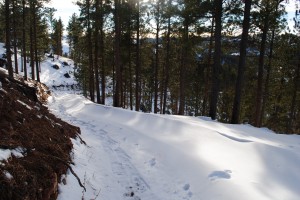 Bullock arrived in Deadwood in 1876, with his business partner, Sol Star.  They had a very successful hardware store.  In 1894, the hardware store burned.  They rebuilt the store and it is the present day Bullock Hotel.

Not only was Bullock Sheriff (as you may have seen in HBO’s Deadwood: The Complete Series

Once there was some law and order in the wild town, his wife Martha came to live in Deadwood.  They had two daughters, Margaret and Florence and one son Stanley.  Seth Bullock died of cancer at his Deadwood home on September 23, 1919.

The Bullock grave is 750 feet above Mount Moriah, as you can see in the photo it is a steep trail.  I went up there on a warm January day.  I used snowshoes, they weren’t necessary, but made trekking through the snow much easier.  If you are not up to the hike you can watch my video below.  The video starts with a view of Mount Roosevelt and pans around to the Bullock grave.

About the author: Josh loves to take pictures and share them on his South Dakota and the Black Hills blogs.  Plus he enjoys traveling with his family any chance he gets.